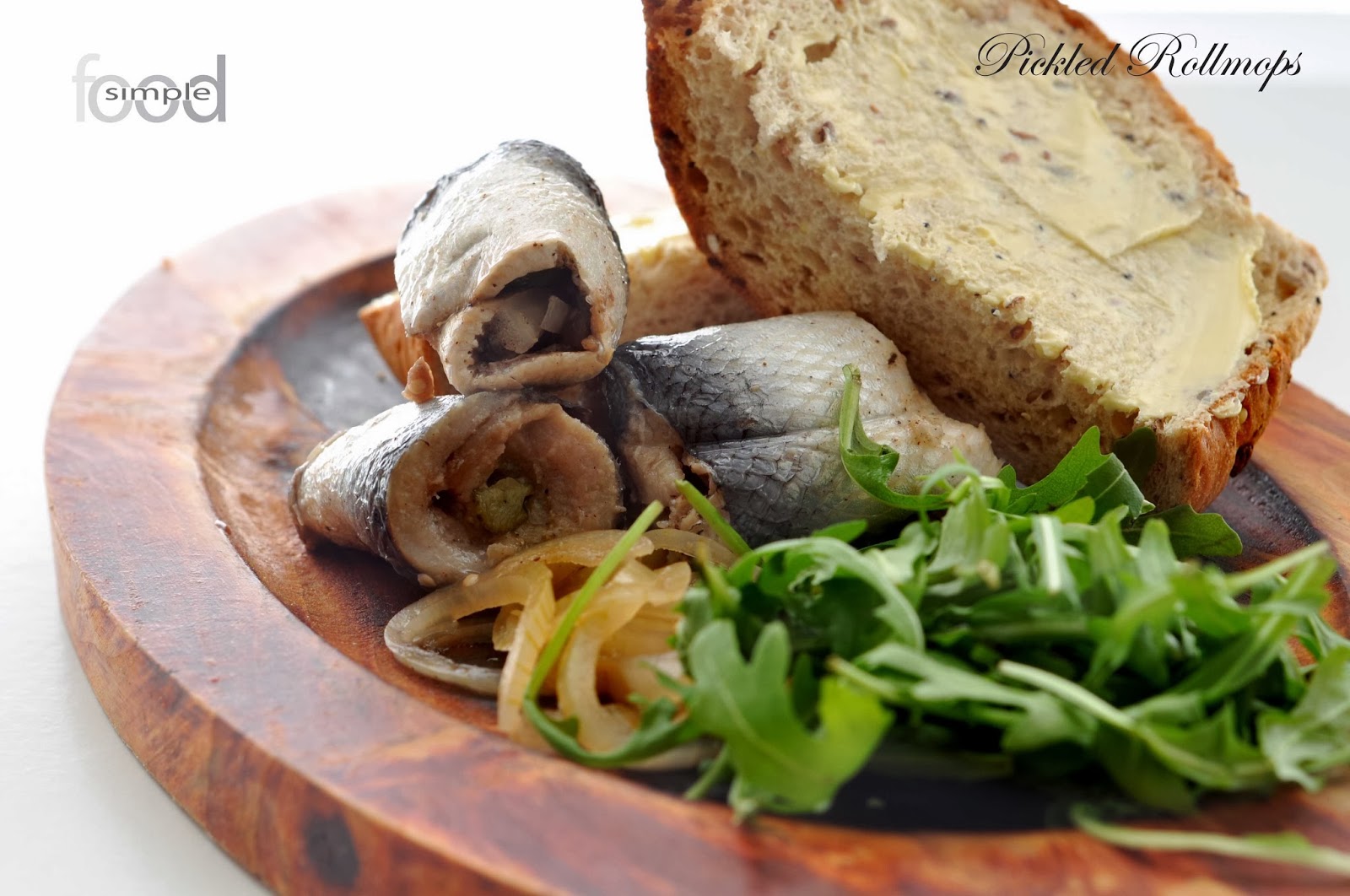 Herrings are a really versatile fish and also a very healthy food source and this is a really tasty way to serve them. 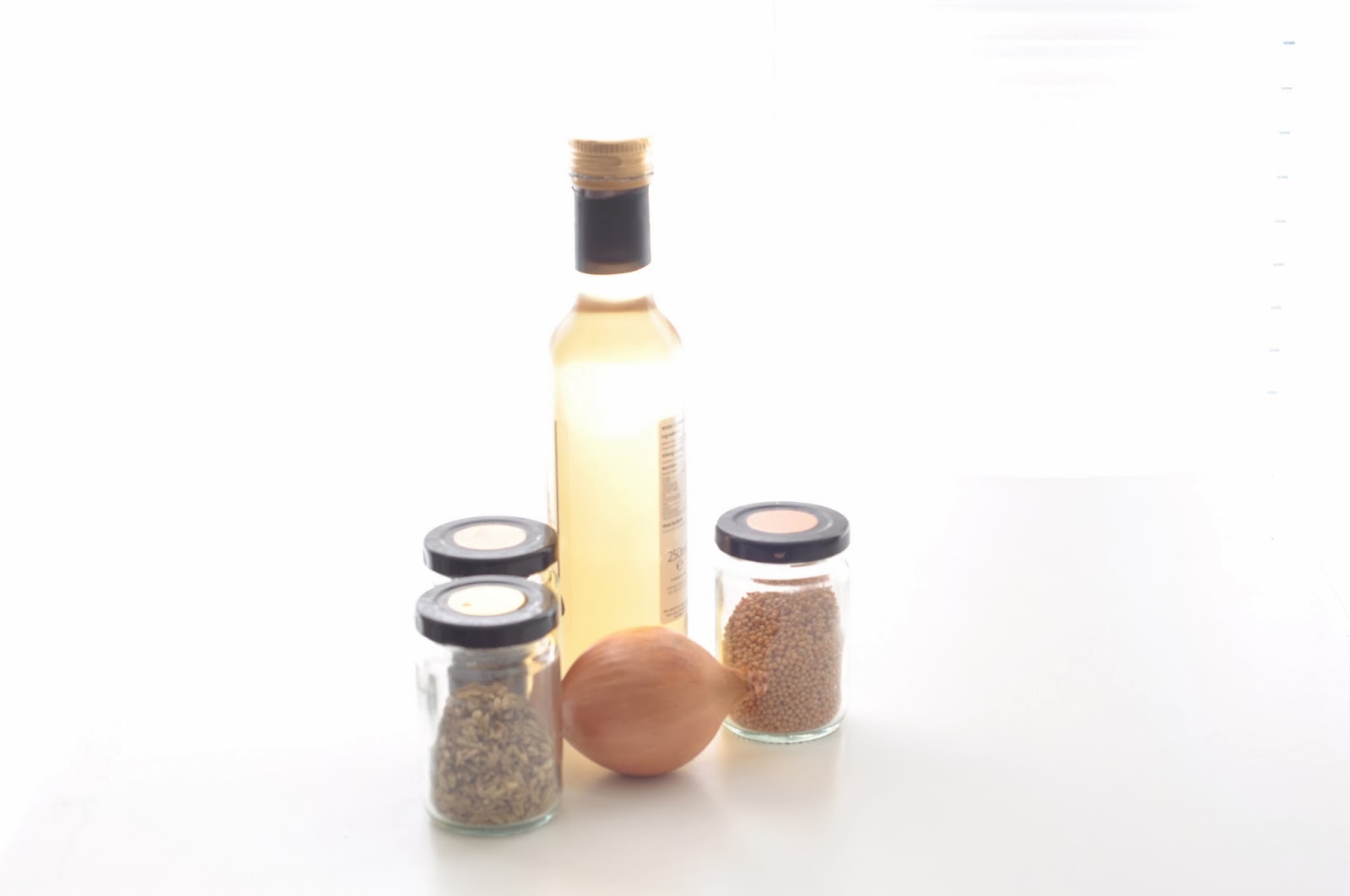 First of all let me show you how to prepare a whole herring.

Remove the scales from the herring by rubbing them off with your thumb then rinse it well in cold running water. 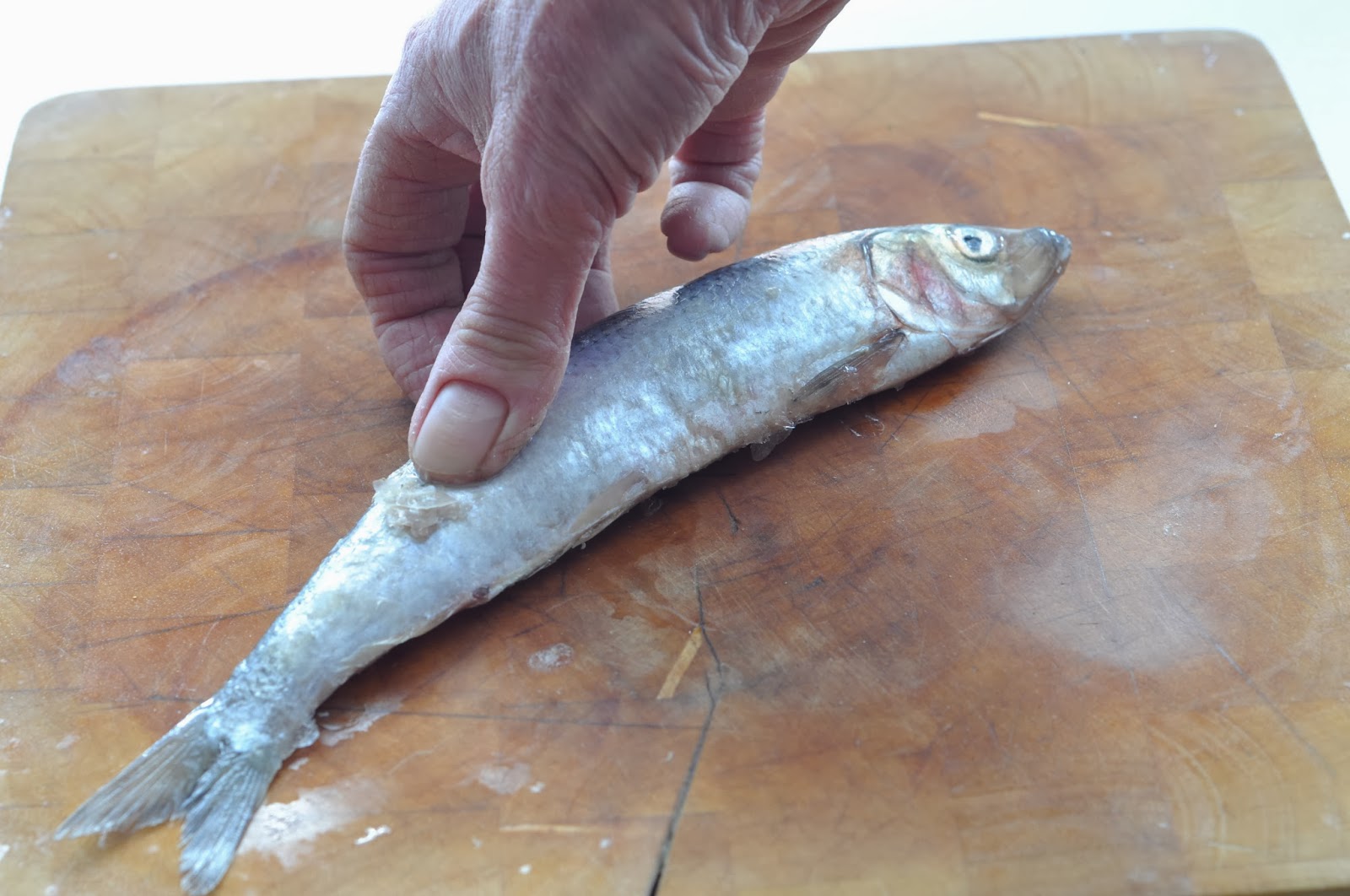 Remove the head and tail then cut off the fins with scissors. 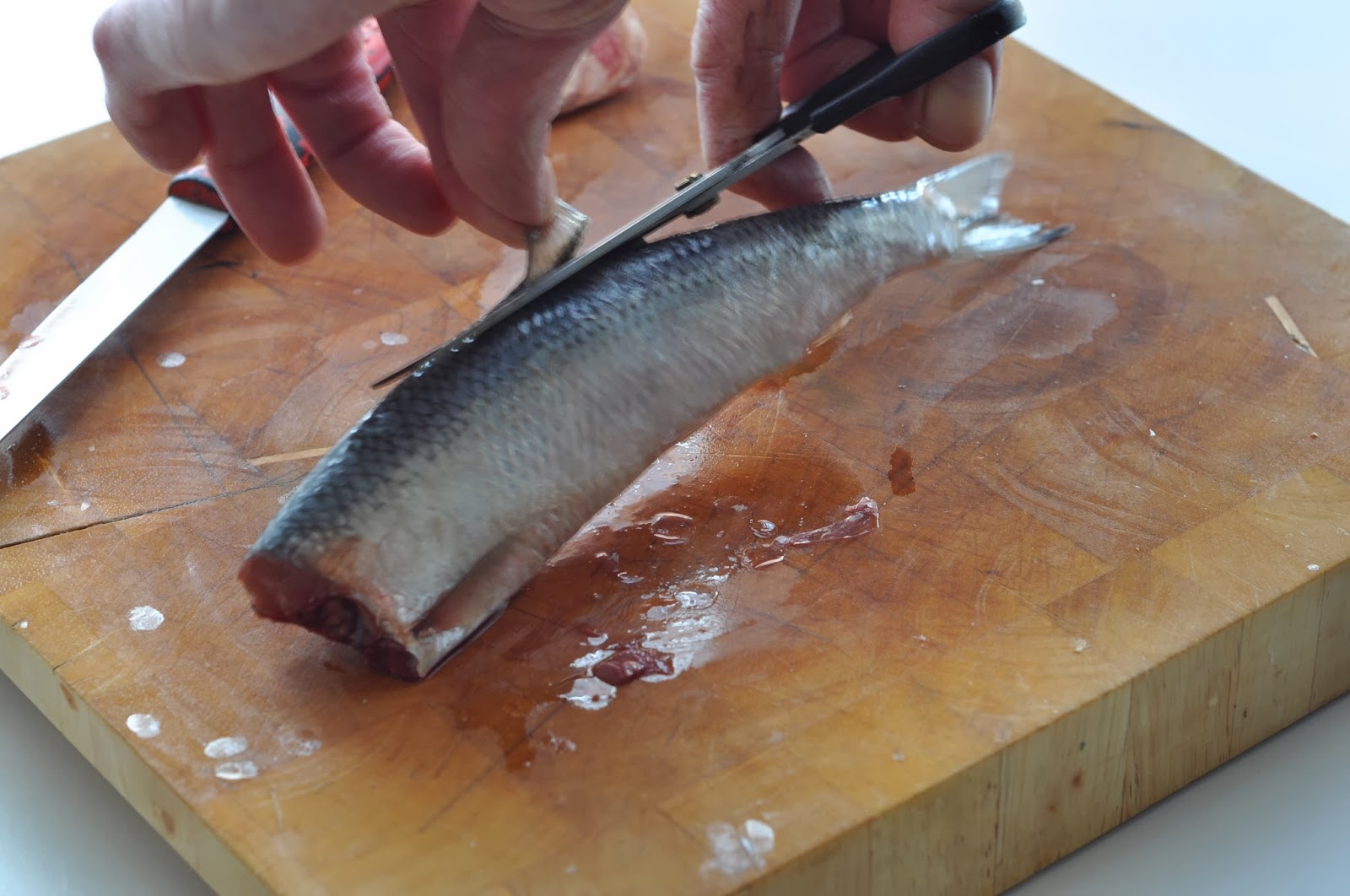 Slit the complete length of the underside, clean it out and rinse well under cold running water.

Open out the herring and place it skin side up on your chopping board and press down in the centre the whole length of the fish until it is completely flat.

Turn the fish over and carefully remove the backbone making sure not to remove too much flesh with it. 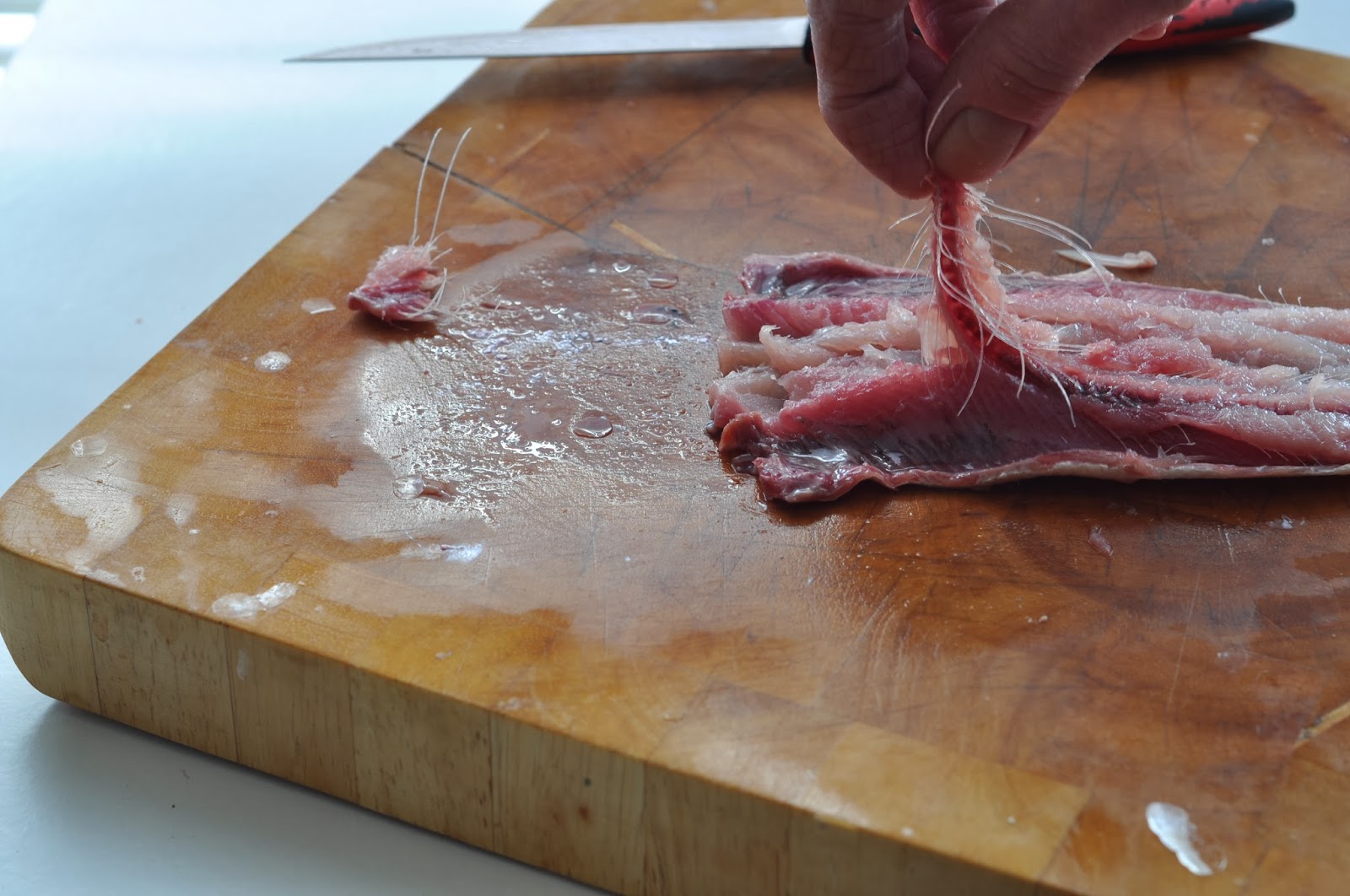 Now cut each fish in half longways, and then they are ready. 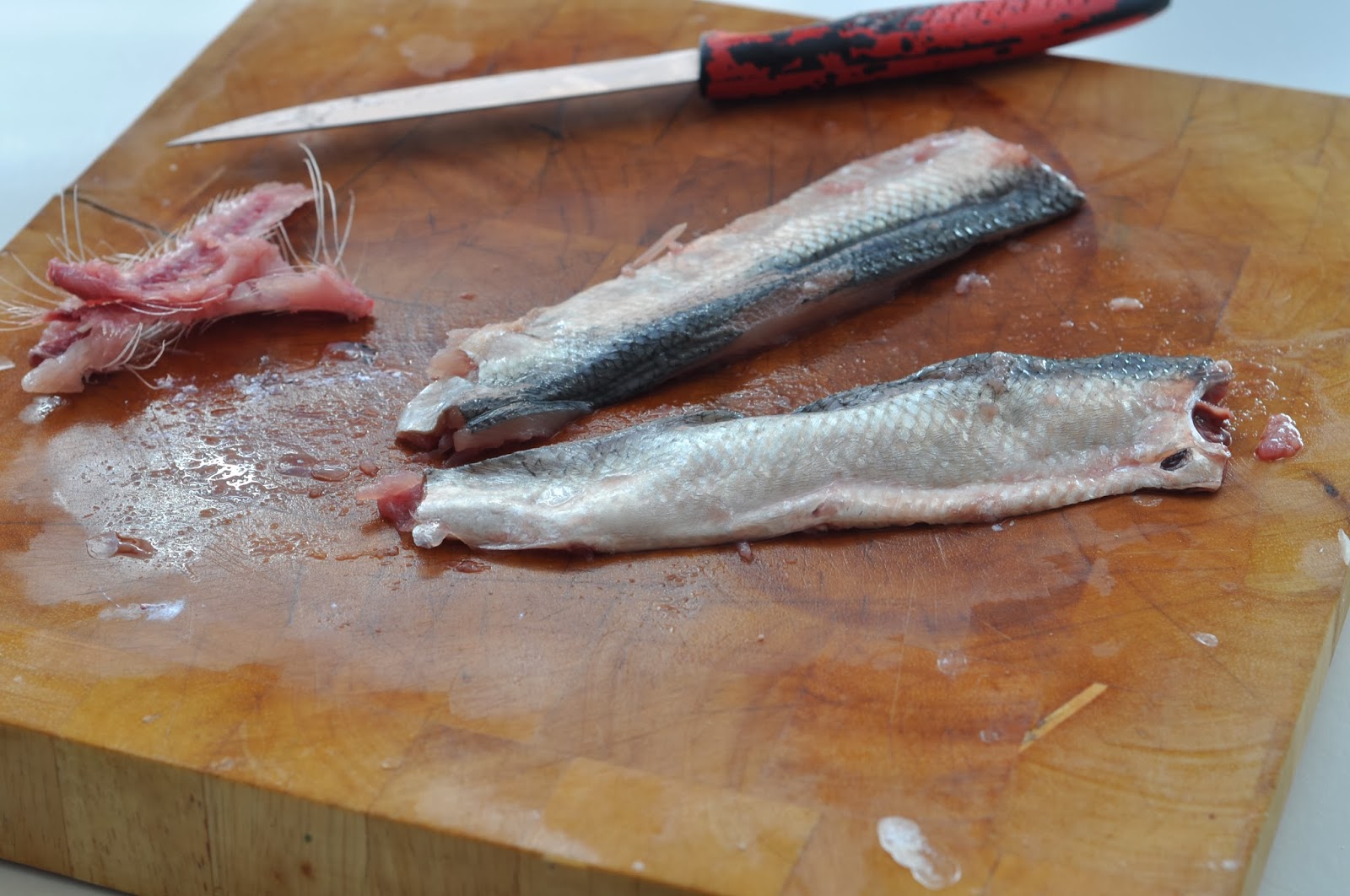 Now make up the brine by simply mixing the salt in the water until it dissolves, place the fillets into the brine so that they are well covered and place in the fridge for 24 hours or at least overnight. 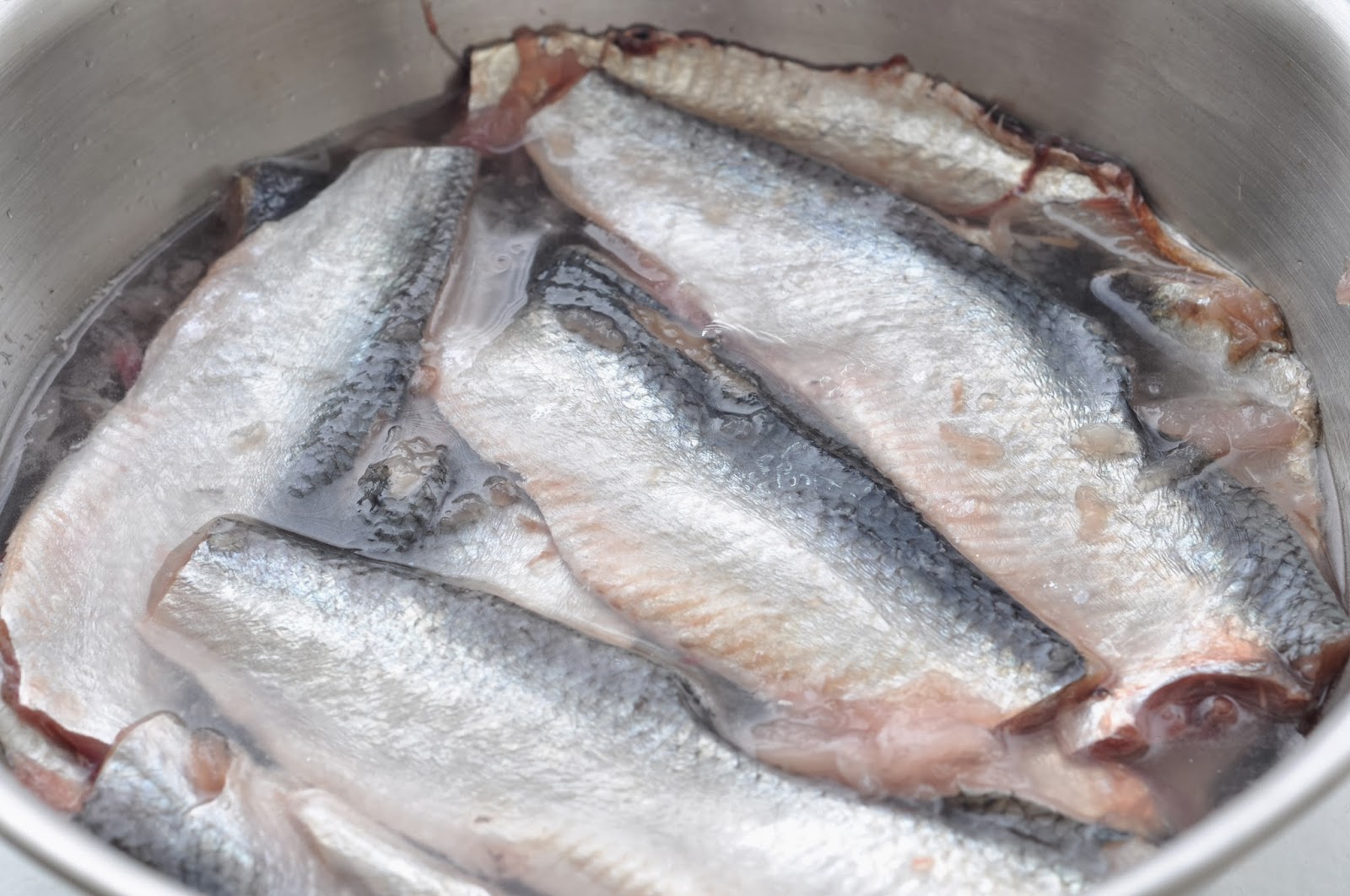 Put all the marinade ingredients in a pan and bring to the boil then allow to cool.

After your fillets have cured for 24 hours take them out one by one, rinse them off with cold water and pat them dry. 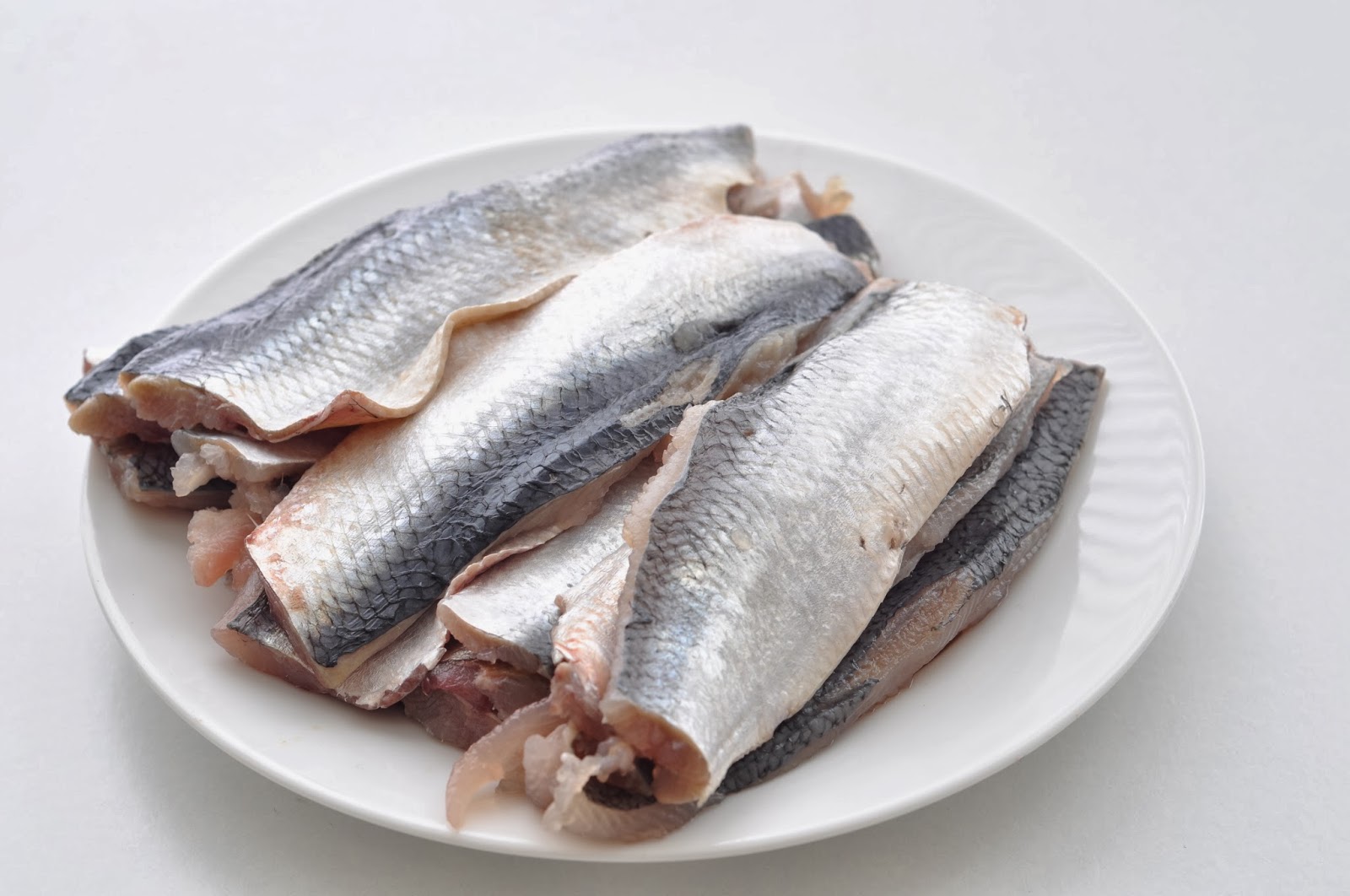 Lay each fillet skin down and place some chopped onion and chopped gherkins on top, give a good grind of black pepper and roll securing with a cocktail stick.

After you have done that with each fillet line the bottom of a jar with them cramming them in quite tightly, spread some onion from the marinade over then add another layer of rolled filets and carry on until the jar is full.

Fill the jar to the top with the marinade, seal it and place in the fridge for at least 5 days. The longer you keep them the more soft and pickled the rollmops become, once opened use them within a couple of weeks. 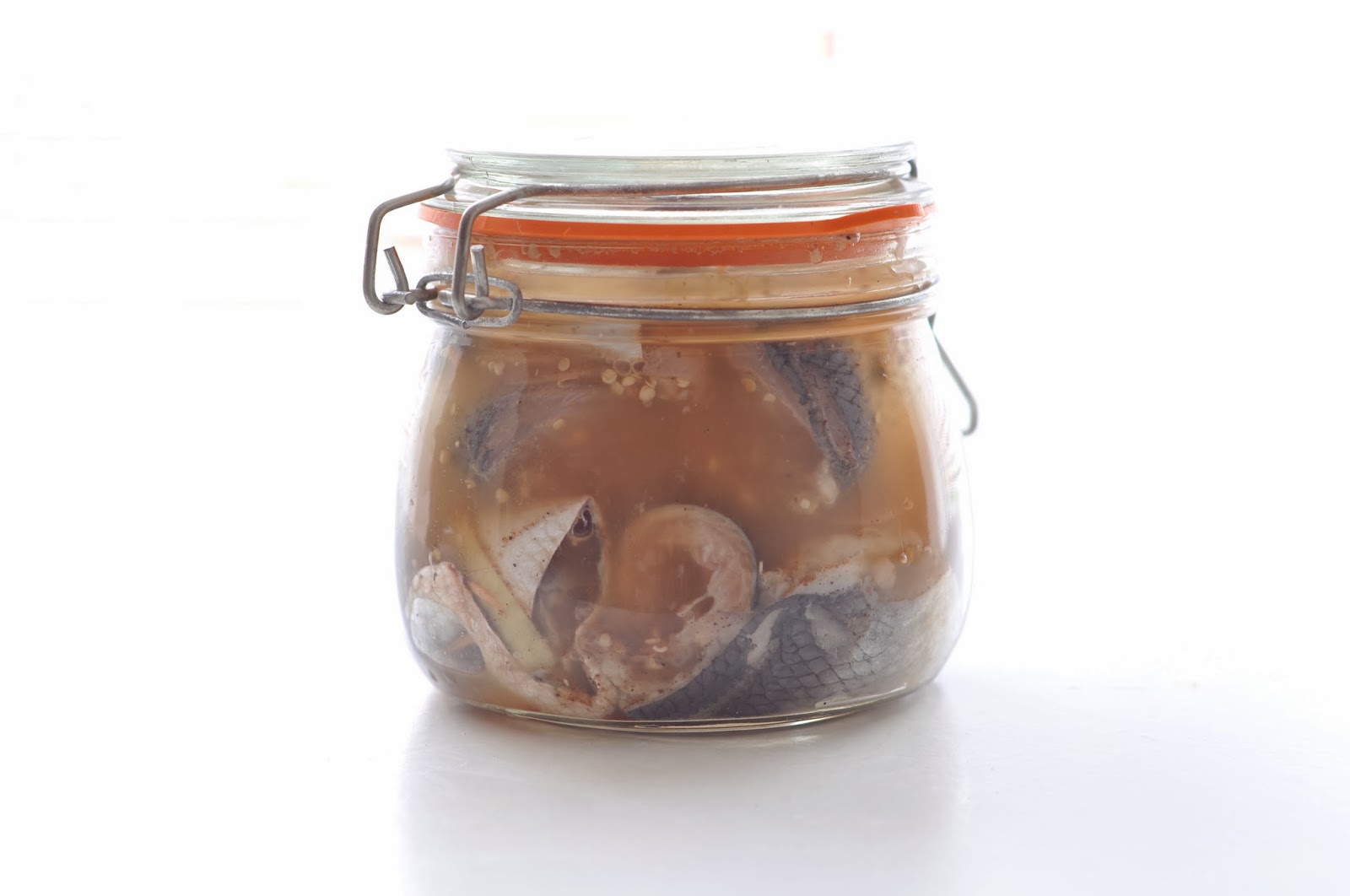 Serve with a salad or just eat then with wholemeal bread and butter. 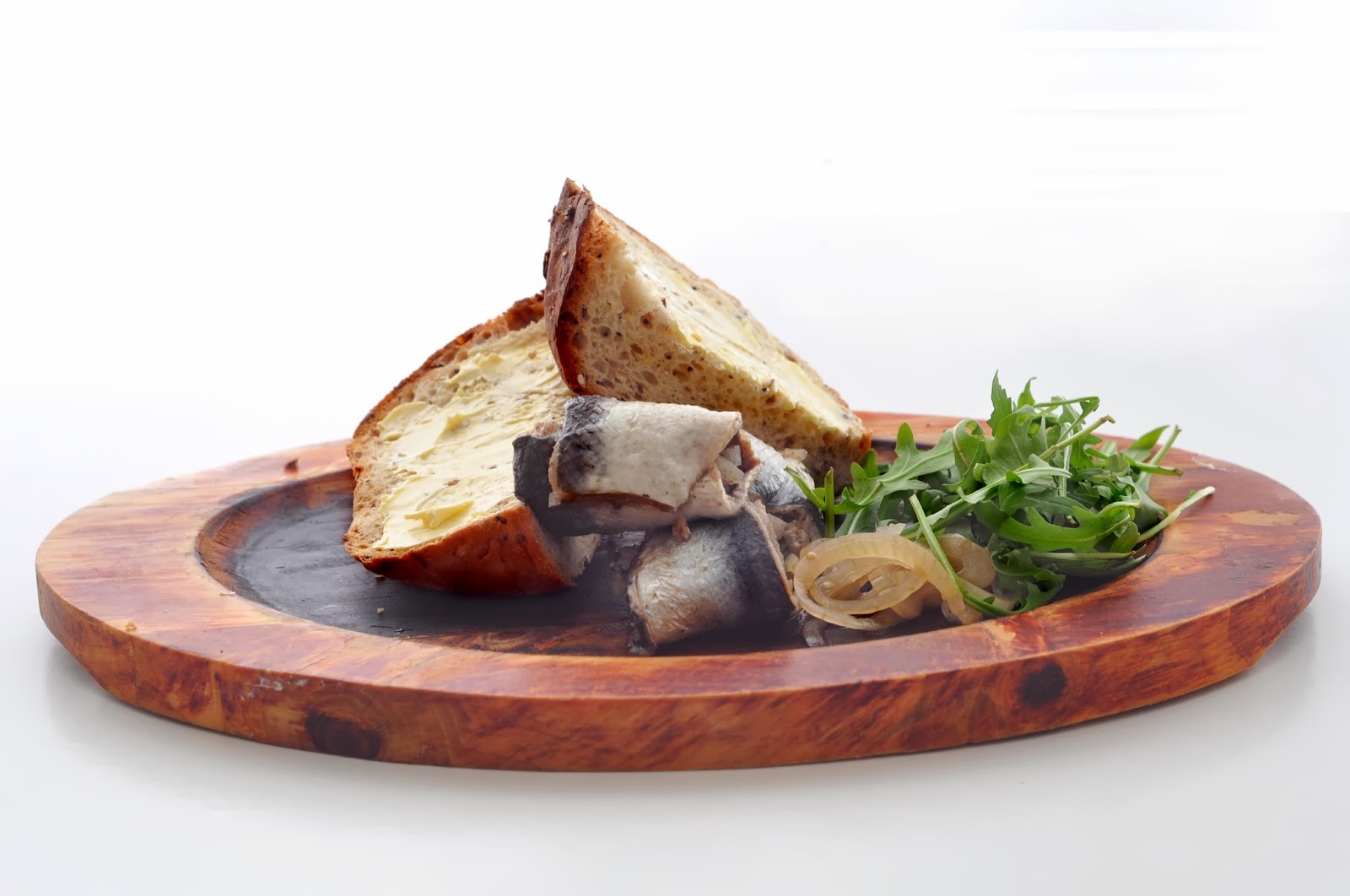